In this 10mins video, you will see how to generate code coverage for golang based application in command line interface using RKTracer Tool with 3 simple steps. 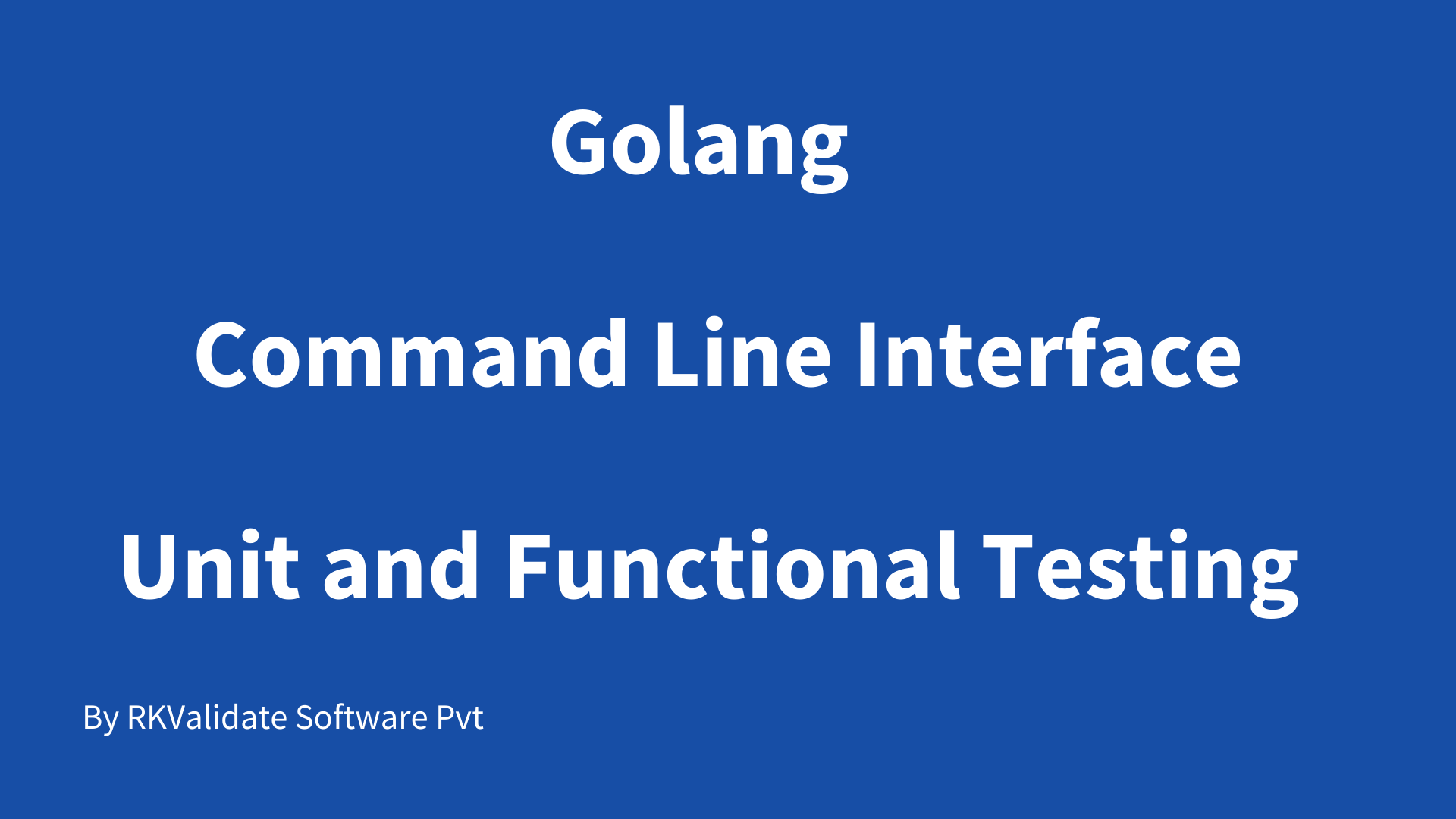 To Integrate RKTracer runtime library source file to Golang installation. You can follow the following instructions.

Step 1: Open a command prompt and run the command.

If Golang is in the path, then you should see the following output. In my case, it’s in path “/usr/lib/go-1.13”

Identify the project folder that needs to be instrumented and generate coverage data. Please make sure the project is configured and you’re able to test it.

Then execute the following command to Turn ON (instrument)  or Turn OFF (un-instrument) RKTracer tool will instrument all Golang source files in a folder recursively.

“go” at the end means rktracer needs to only instrument python source files.

The above command will instrument all the Golang source files in the project folder recursively.

Testing can be unit-testing or functional or integration testing of the application.

Once the testing is completed, you should see the file “rk-coverage.txt file.” now copy this file to the project folder or the path where you have executed the command “rktracer -on path-to project/module/ go  -v” to instrument the project folder using the RKTracer tool. You should also see the “rktracer” folder with rktracer tool intermediate files. The “rktracer” folder will get generated at the time of the instrumentation. You need to copy the rk-coverage.txt file parallel to the rktracer folder in the project.

After generating code coverage, make sure to turn off(un-instrument) the RKTracer tool for the application that we instrument to create reports.

About RKTracer Tool We at RKValidate Software have developed a new and innovative RKTracer code coverage tool based on our years of experience in software testing. With three simple steps, it shows you how much of your codebase has been covered by testing, and it raises red flags when coverage…

Android Studio Code Coverage for Java and Kotlin Apps In this 5mins video, you will see how to generate code coverage for android apps in android studio ide using RKTracer Tool with 3 simple steps. Enable the RKTracer tool and rebuild the application. Test instrumented application and save coverage data….

Csharp Code Coverage for Applications in Visual Studio In this 8mins video, you will see how to generate Csharp code coverage for application developed with C# in visual studio ide using RKTracer Tool with 3 simple steps. Enable the RKTracer tool and rebuild the application. Test instrumented application and save…